WILLIAM P. WOOD is the author of 12 novels and one nonfiction book. As a Deputy District Attorney in California, he handled thousands of criminal cases ranging from disturbing the peace to murder. He brought over fifty cases to jury trials, many with multiple defendants.

Wood’s nonfiction book, The Bone Garden (Simon & Schuster, 1994), is the definitive account of serial killer Dorothea Puente, who was the subject of a nationwide hunt after nine bodies were dug up from her Sacramento, California yard. Wood earlier sent Puente to prison for drugging and robbing the elderly. On her release from prison, she began killing her victims. The Bone Garden has been referenced in multiple books and featured on TV on “The Geraldo Rivera Show”, the Discovery Channel, Oxygen Channel’s “The Sacramento Boardinghouse Murders”, and Netflix series “Worst Roommate Ever” segment “Call me Grandma” among others.

Many of Wood’s books have been translated into multiple languages and optioned for motion pictures, two of which were produced. The first, Rampage, was directed by Academy Award-winner William Friedkin (“The French Connection” and “The Exorcist”). The second, Court of Honor, was adapted into the TNT movie “Broken Trust” by Jane Fonda Films, starring Tom Selleck, with a screenplay by Joan Didion and John Gregory Dunne. Wood also served as co-writer for several episodes of the CBS-TV series “Kaz” starring Ron Liebman.

Wood graduated from Middlebury College in Vermont and the McGeorge School of Law at the University of the Pacific in California.

Caliban’s Flight (Willowbank Books), an international suspense thriller is his latest novel. Turner Publishing has reissued all of Wood’s earlier works in paperback and as audible books.

He currently lives in Sacramento, California, where he is working on his next novel. He is a member of the International Thriller Writers and Mystery Writers of America. 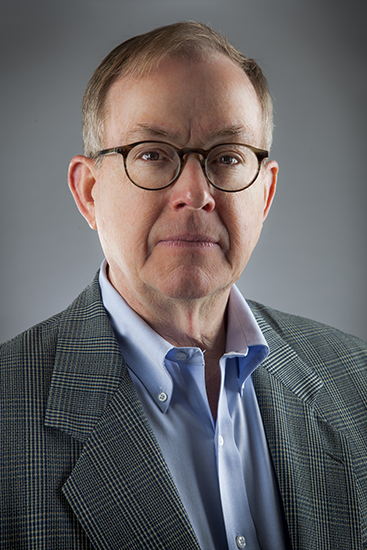 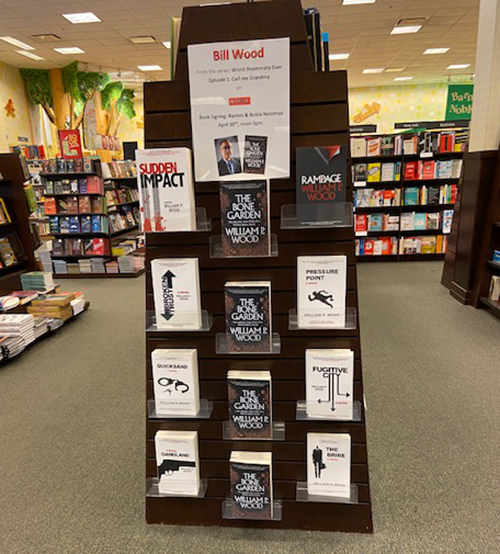 Q: Caliban‘s Flight is a novel takes place mostly in the air. Where did that idea come from?

A: I was intrigued by the idea of somebody who is challenged physically but has great physical and emotional resources. Carol is a terrifically strong young woman who is blind. She has to save herself and her fiancé by flying especially designed plane even though she’s blind.

Q: So the story is about how someone can dig deep to survive?
A: More than that, I was fascinated by Carol’s ingenuity. After all, she’s flying at high speed, she’s blind, and she’s being pursued by a relentless murderer in a high-speed plane. That provides a lot of opportunity for a character to show what they are.

A: It does. At the beginning of World War II most countries took their national treasures, art, statues, tapestries and hid them from the invading Germans. I started wondering what if the national treasure was a human being? Janusz is a famous composer and someone used to a soft life. He and his ex-wife and a very young child are suddenly thrust into the middle of the maelstrom of an invasion. So he has a choice. He can live. His makeshift family can survive but they all have to work together with the world coming apart around them. Their lives change radically in the space of just a week.

Q: What was the spark that inspired you to write Sudden Impact?

A: I was intrigued by the idea of hit and run accidents, which are on the increase, and what would happen if someone who has led a pretty decent life, like Judge Frank Stevenson in my novel, made a very bad split second decision in a hit and run situation. He’s a good judge, father, and husband who does charity work, but his panicked reaction escalates to the point of involving his family in a complex cover-up.

Q: Sudden Impact brings back two characters—police detectives Terry Nye and Rose Tafoya—that appeared in earlier books. Why did you choose to resurrect them?

A: Sudden Impact is the third novel featuring Nye and Tafoya. The first is Pressure Point followed by The Bribe. The earlier books are stand-alone novels. I never thought I could do series characters, but these two people just captivated me and I enjoyed being in their company, watching them, listening in to their arguments and conversations—it’s been a revelation to me as a writer. I’m now working on what will be the fourth Nye and Tafoya novel, Hymns and Anthems. Rose genuinely likes and admires Nye, and he reciprocates, but the tension between them is his experience and cynicism colliding with her more foursquare approach to life, family, and the law.

Q: Are your books inspired by real life cases and people you’ve worked with?

A: They are to some degree. It would be hard not to have certain cases or personalities provide impetus for rich storytelling. I was compelled, however, to move into nonfiction with The Bone Garden, which is the definitive story of female killer Dorothea Puente. When I was a prosecutor I sent her to prison for five years for a series of crimes involving drugging and robbing elderly men and women, sometimes when she masqueraded as a live-in nurse. After she had been out of prison for three years, I was horrified to learn that bodies were being dug up in her yard on a main street that was six blocks away from the Sacramento District Attorney’s office. Puente had vanished at that point and there was a nationwide manhunt to capture her for trial. She was eventually convicted on three counts of murder without the possibility of parole. She died in prison several years ago. The Bone Garden was difficult to write because I was involved in her case before she became a serial killer. Novels are a lot less nerve-racking than true crime.

Q: Many of your legal thrillers revolve around judges rather than lawyers. Why this particular fascination?

A: Through my experience as a prosecutor in California, I have many friends who are now judges. The central paradox and tension in Sudden Impact is that Judge Frank Stevenson is presiding over a criminal case at the same time he is frantically trying to cover up his own crime, blackmailing his father-in-law to participate in the cover-up, getting deeper and deeper into not just a moral abyss but flat out criminal acts. He’s a judge who must uphold the law and he is compelled, he believes, to break it. My earlier novel Broken Trust is about a judge who gets involved in a federal sting operation. Both characters must deal with great moral conflicts.