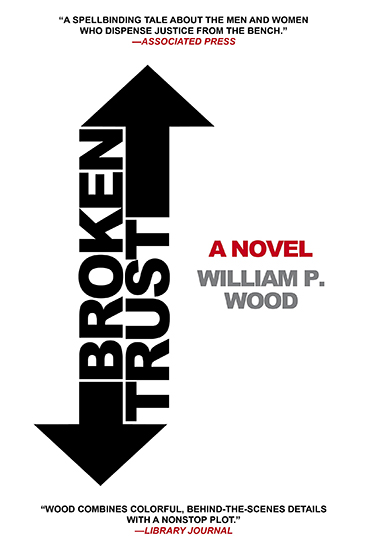 Superior Court Judge Timothy Nash thought the brutal murder trial in his court would be like many he’d presided over before. He didn’t know it might lead to his own murder. Nash has been tapped as point man in a federal sting operation against the most powerful and dangerous of prey: corrupt judges.

Risking his reputation and his life, Nash digs deep into a morass of dirty deals and uncovers a devastating plot of betrayal. The closer he gets to the truth, the more desperate the judges become—until they fight back with all the power at their command. It’s all coming to a head as the murder trial nears its verdict, a verdict that could spell death for not only the defendant but also for Nash himself.

A spellbinding tale about the men and women who dispence justice from the bench.
—Associated Press
Wood combines colorful, behind-the-scenes details with a nonstop plot.
—Library Journal
What Joseph Wambaugh did for law enforcement, William P. Wood will do for the judiciary.
—Tulsa World