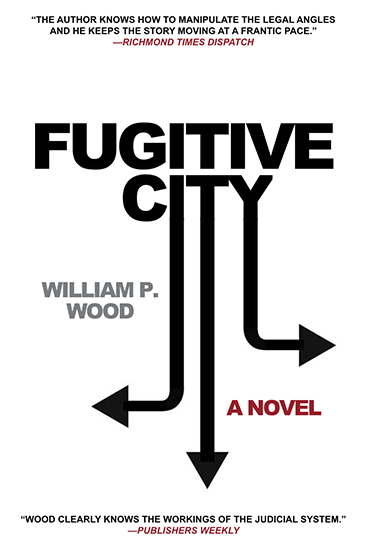 A one-man crime wave is shaking the peaceful city of Santa Maria, California, and no place is safe. Kenny Trask, an unpredictable, high-strung, shockingly violent convict, has just escaped from prison and is intent on putting together enough cash to bankroll a new life for himself, his ex-cellmate, and the female defense attorney he believes they must “rescue.” Only one man is willing to stand in the way: Robby Medavoy, a cop who’s been called a hero, whose unorthodox style has fueled the resentment of rival officers and the suspicions of his superiors. With a contract on his life from his department’s SWAT team, Medavoy must put everything on the line to pull Trask in—his reputation, his survival, and, unexpectedly, the woman he comes to love.

Wood clearly knows the inner workings of the judicial system.
—Publishers Weekly
The author knows how to manipulate the legal angles and he keeps the story moving at a frantic pace.
—Richmond Times Dispatch
Wood knows the ins and outs of prisons, courts, and government witness programs.
—Deltona Enterprise