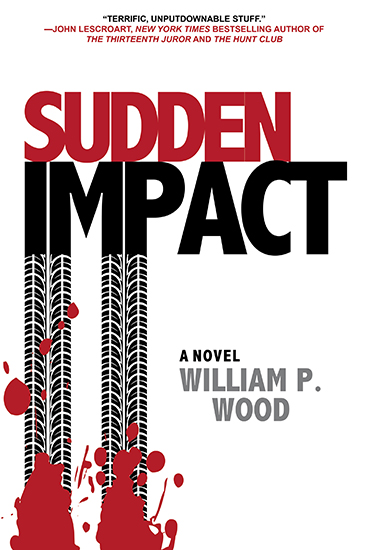 Officer Tommy Ensor did not see the car that struck him down on a rainy night in California’s capital. No ordinary cop, Ensor is a hero, winner of the Medal of Valor, and a devoted family man who helps at-risk kids. But the hit-and-run driver isn’t ordinary either. He’s Judge Frank Stevenson, up-and-coming member of the bench, also dedicated to his family and to good works. In a split second, his uncharacteristic reaction behind the wheel irrevocably changes his life and the lives of everyone close to him.

Detective Terry Nye, head of Major Crimes, is a just weeks from retirement. He’s trying to pack thirty years of bloody experiences and hard lessons into that time for his new partner, Rose Tafoya, a young detective, who is smart, ambitious, and a bit insecure. Together, she and Nye are a powerhouse team. He’s determined to find Ensor’s assailant and make sure Rose doesn’t make the same mistakes he did, especially the unforgivable one that still haunts him.

Stevenson comes up with a brilliant scheme to throw Nye and Tafoya off the track. But even if it works, Stevenson is tormented by wondering how he can now sit in judgment of others.

With the city is in turmoil after Ensor suddenly dies, the hunt for a cop killer rushes ahead relentlessly. The guilty and innocent are sucked into the intense investigation and everyone realizes how their lives can change with the blink of an eye.

Wood’s engaging investigative thriller… is a must-read for those who love a classic, hard-boiled detective novel.
—Publishers Weekly
No one writes a better police procedural than Bill Wood, and Sudden Impact is his best one to date—lucid prose, meticulous legal detail, and unforgettable characters struggling in various moral quandaries. Terrific, unputdownable stuff.
—John Lescroart, NYT bestselling author
William Wood is a master of suspense. Sudden Impact is Wood at the peak of his powers, tense and eloquent, with characters and a story of political intrigue and riveting tragedy.
—Steve Martini, NYT bestselling author

Author William Wood has written a character driven novel that makes you stop and think about things most people take for granted. When everyone is the good guy, who do we root for, and are we all capable of being the bad guy.
—Madderly Review