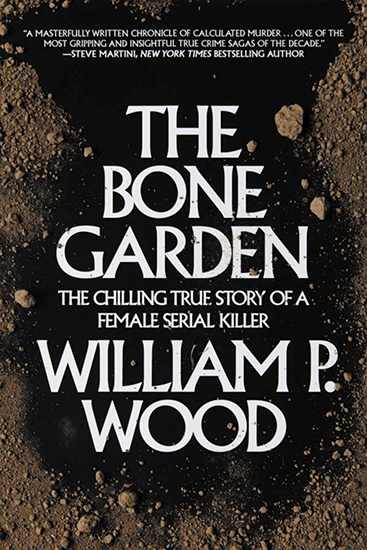 Dorothea Montalvo Puente looked like everyone’s grandmother, but evil lurked within. She was the rarest of murderers—a cold-blooded, female serial killer. This shocking story of these gruesome murders for profit is told by William P. Wood, the Deputy D.A. who had earlier prosecuted Puente for drugging and robbing elderly people. He knew intimately the malice that coursed through her veins, and thought he had seen the last of this callous and calculating woman. But her chameleon-like deviousness helped her reappear as a sweet, benevolent landlord—and later allowed her to escape police custody as they stood in her yard surrounded by the gaping graves. The Bone Garden chronicles the discoveries that ignited a media firestorm and transfixed a nation, putting an entirely new face on evil in this country.

Read about the show on Netflix!

The Bone Garden is one of the most gripping and insightful true crime sagas of the decade.
—Steve Martini, NYT bestselling author
William P. Wood writes with the authenticity of an insider and the sensitivity of a thinking man.
—Darcy O’Brien, bestselling author