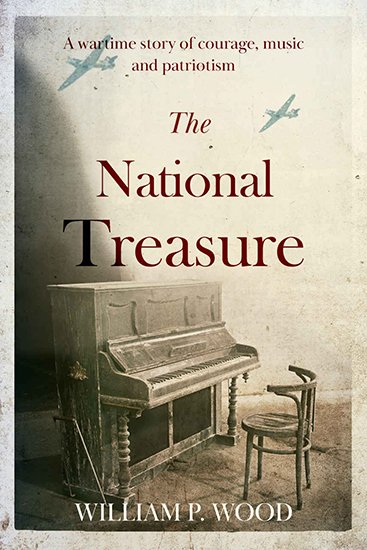 Janusz Rudzinski is a celebrated composer—creator of his country’s national anthem. His greatest work is on everybody’s lips. He is a vital part of everybody’s life. He is a national treasure.

But when Europe is engulfed in war his country is the first to be invaded by the Germans. And now, as a focal point of partisan feeling, he is forced into flight. Over the course of seven days, Janusz’s world is turned upside down; celebrity and wealth earned over a lifetime devoted to the art of his people suddenly means less than nothing. He’s just another nationalist symbol that the invaders must destroy.

Can Janusz rise above the barbarism inflicted by bombs, concentration camps and death squads?

William P. Wood’s The National Treasure presents the battle between courage and cowardice, determination and despair.

Non-stop action, a world at war, a man and his wife against all odds, The National Treasure is pure pleasure.
—John Lescroart, NYT bestselling author